The global power of Jewish community 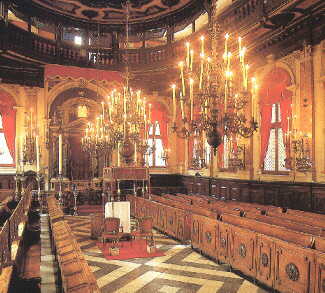 The incredible beauty of the Venice Synagogue. The intricately carved mehitzah (separation) is on the far left.

The rabbi’s D’var Torah was an odd blend of Italian and Hebrew, and other than hearing “Balak” a few times, its meaning was lost on me. What was incomprehensible wasn’t the speech. It was that I was sitting a few arms’ lengths away from this kind, bearded man and participating in the Shabbat morning service as a member of a global community, in a Venetian synagogue that was hundreds of years old—in the Jewish Ghetto, the very first one ever.

This synagogue was built in a place once relegated to Jews in the 16th century because it was the least pleasant part of the city to live in due to frequent flooding. Yet, just one year past the 500th year of the ghetto’s founding–I am experiencing a vibrancy to this community that no one would have predicted. The Venetian Jewish community was the first ever to live on the site of what was a geto, meaning iron foundry in Italian. (The word was originally pronounced with a “soft g” as in Gepetto or George, but the later German immigrants could not pronounce it properly, so it became a “hard g”).

In 1516, with strict conditions of not living beyond a closed off area, obeying curfews and marking themselves with either a  yellow hat or a yellow badge, among other discriminatory laws, the Venetian Republic granted Jews the right to settle here in this condensed area. 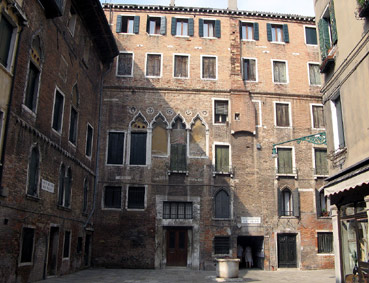 The synagogue is on the left, through the small black door. It’s hard to believe the beauty that reveals itself once you walk inside (above).

Would anyone living at that time have imagined this? World travelers in the hundreds, coming to Venice, wanting to honor Shabbat and be with each other?  Here, in a synagogue hundreds of years old, the words “Am Yisrael” and “Klal Yisrael” were not theoretical terms, but were embodied in the faces of the Israelis, French, British, South Africans, Canadians, and Americans who I sat among.

Who is this people who are drawn to be with each other, who live thousands of miles apart in their everyday lives but for whom the lure of Shabbat evokes its power to gather together? For the two little Venetian girls in the corner, excitedly chattering in Italian, this is just what is–an ordinary Shabbat. For me, the experience is a testament to our strength, our resolve, our commitment to history yet our deep refusal to let it just be history.

In another winding cobble-stoned street of the ghetto is Chabad of Venice, where we davened Kabbalat Shabbat and had our meals. 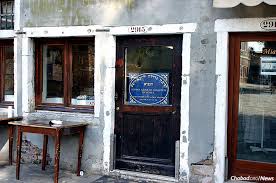 The building’s exterior is drab by any standards, but the spiritedness of the people overshadowed it easily.  Close to 200 people gathered to be part of this communal experience, filling a portion of the piazza. 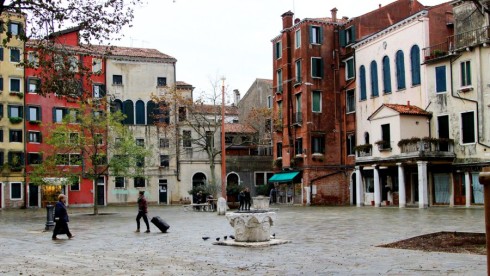 While I often spoke to peers and students about the ‘global Jewish community’, I never felt it as clearly as I did on this Shabbat. The experience was so hyper-real that I still can’t comprehend the depth of feeling I had. You are not alone. There are countless souls who you are connected to, with whom you have a shared history. All you need to do is dip into the river of connection once, as I did, to discover its power.

As a Jewish educator, I hope to broaden opportunities for learning and offer new ideas. If my posts inspire you to hold conversations and motivate change within the Jewish community, that would make me very happy. I'm interested in making a difference. END_OF_DOCUMENT_TOKEN_TO_BE_REPLACED
This entry was posted on Wednesday, July 26th, 2017 at 9:12 PM and tagged with Jewish identity, Judaism and posted in Jewish, Jewish Community, Jewish Culture, Judaism. You can follow any responses to this entry through the RSS 2.0 feed.
« Refuse to accept the arrogant model of leadership
Questions and a Meditation Before Yom Kippur »