How to Deal With Angry Words in Troubling Times 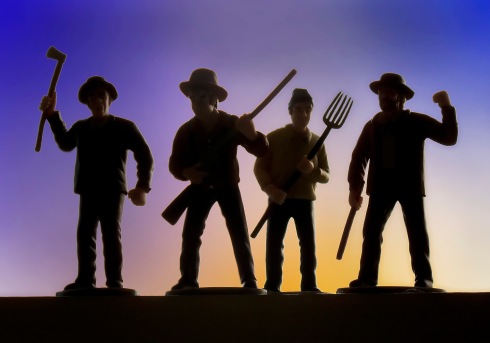 Can you stay calm in an angry world?

I almost can’t watch the news anymore. For me, no matter what channel I turn to what I hear are words that seem to incite an emotional response and cause me to feel a great deal of angst. Reporters and screen crawlers alike parse out words and headlines that increase my heart rate, making me very anxious about what to expect (or not) next.

I am definitely on overload. I can tell because right about now I could use a strong dose of several Hallmark movies just to offset all the negativity that surrounds me. Or a Disney film. Anything without violence, terror, bloodshed, or senseless killing. There’s enough of that via the media that seeps into my home on a daily basis.

I believe that we are affected by all that’s around us, including the words and images we let in, and that we also contribute to our reality by either accepting things as they are or by doing something to offset it.

Words matter. According to some Jewish traditions, the entire world was created with words.

Whether or not that is your belief, we all know that words have an immense ability to create, change, and mediate our reality.

We should not take words lightly. I remember this acutely after Yitzhak’s Rabin’s assassination, when there was much in the media about the verbal incrimination and incitement that led up to it. Libelous terms were casually used, and the level of poisonous words escalated when reporting about the opposition to his pursuit of peace. An account on CNN’s site last month (on the anniversary of the assassination) said “They called Rabin a traitor; some went so far as to liken him to a Nazi SS officer.”

Our own American reality has changed in just the past few weeks. Terror shootings have shocked us all. The death toll in just the past few months is beyond belief.  The ways in which we cope with the portrayal of these violent acts tells us more about who we are as a society than more benevolent times. How are we coping with this?

Many reporters, politicians, and pundits try to top each other by using acrimonious labels, venomous attacks, and ever more harsh statements. Reading or hearing these words would have shocked most of us just several months ago. We have to be careful that these experiences do not become our new normal. Very careful.

How can we possibly change what’s already happening? By doing what we can in our own small circle. I know this might sound very simplistic, but by making sure we behave the way we were intended to be–with honor, civility, and kindness, we can create a reality that is very different from the one we’re constantly exposed to.

We can change things by focusing as much as we can on our own choice of words.  Be more aware of the words you use to describe something you don’t like. Dare to do the opposite of what you’re reading and hearing.

Speak more kindly.  Use even more care with how you speak with others. The power of your words will affirm that creation is Good.  “And God saw all that God had made, and behold, it was very good” (Genesis 1:35).

As a Jewish educator, I hope to broaden opportunities for learning and offer new ideas. If my posts inspire you to hold conversations and motivate change within the Jewish community, that would make me very happy. I'm interested in making a difference. END_OF_DOCUMENT_TOKEN_TO_BE_REPLACED
This entry was posted on Friday, December 11th, 2015 at 12:34 PM and tagged with Jewish community, Judaism, Religion and Spirituality and posted in Judaism, Life, Parenting, Religion, Society. You can follow any responses to this entry through the RSS 2.0 feed.
« 3 Ways Nonprofits Can Increase Engagement
Nine Unexpected Ways That Jewish Culture Fascinates Asians »